Roman Numerals were originated in ancient Rome and the language was developed so that the Romans could easily price different goods and services. They were widely used throughout the Roman Empire in everyday life and is continued to be used throughout Europe. They are represented by seven different letters: I, V, X, L, C, D, and M. From these 7 numbers, thousands of numbers are made. They are usually written from left to right. Following these representations the numbering in Roman Numerals are made.

So, now that you have gained quite a perspective about the language, its origin and table charts it is important that you fix a schedule for your child and let them remember these Roman Numeral table charts on a daily basis.

Roman Numerals 1 to 1000: Mathematics as a subject has various problems, numbering systems and table charts. The Roman Numerals were originated from the beginnings of the ancient Rome as the name of the number system suggests. This system was developed because there was a need of a widely developed numbering system of counting for people to understand to perform the internal affairs and business of trade and communications. Basically, they are a combination of various letters which symbolizes certain values and then finding the total value or worth of those values. 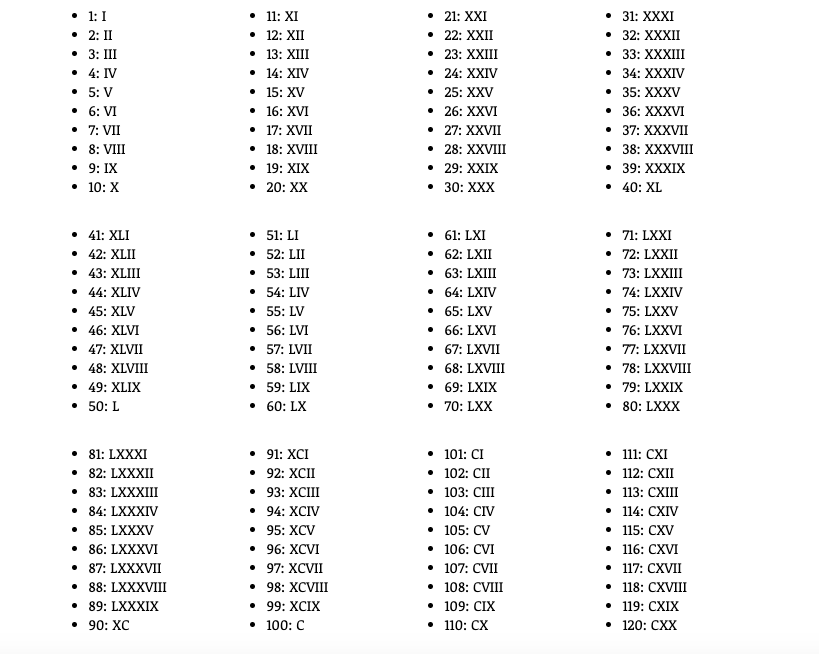 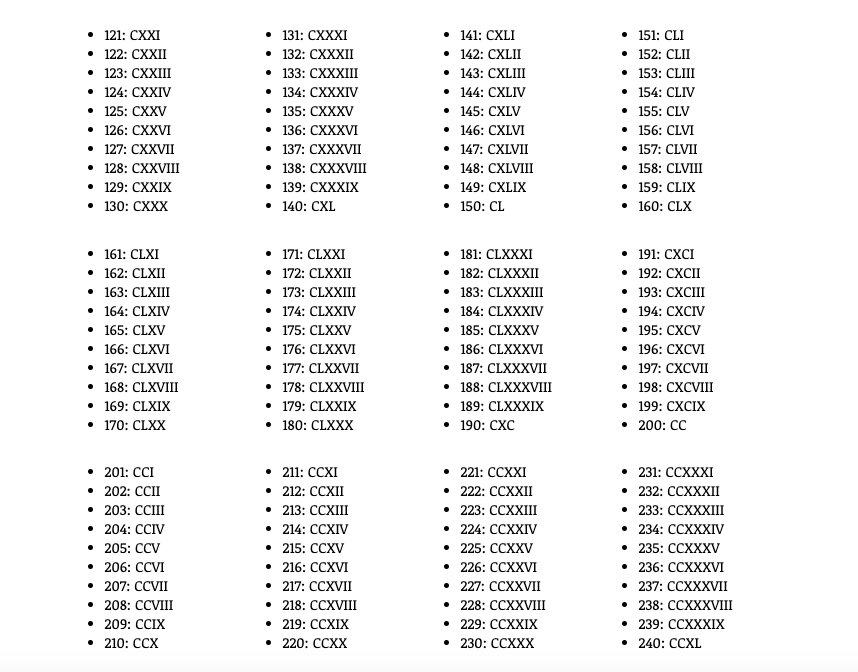 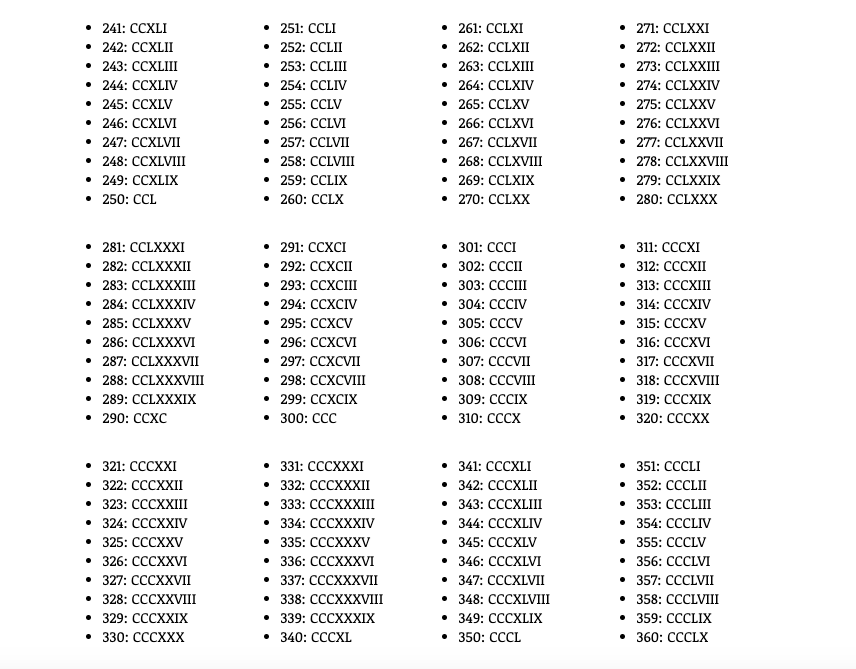 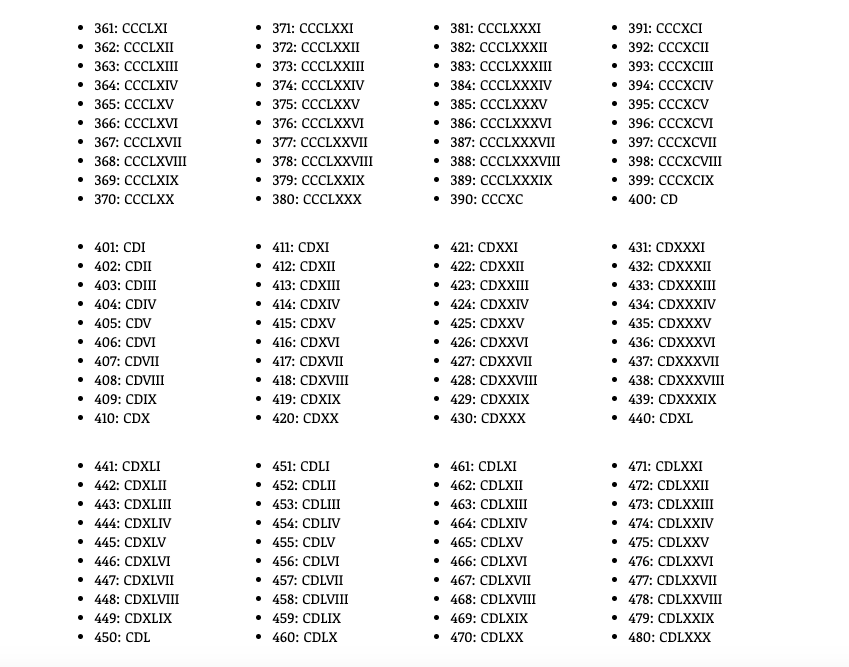 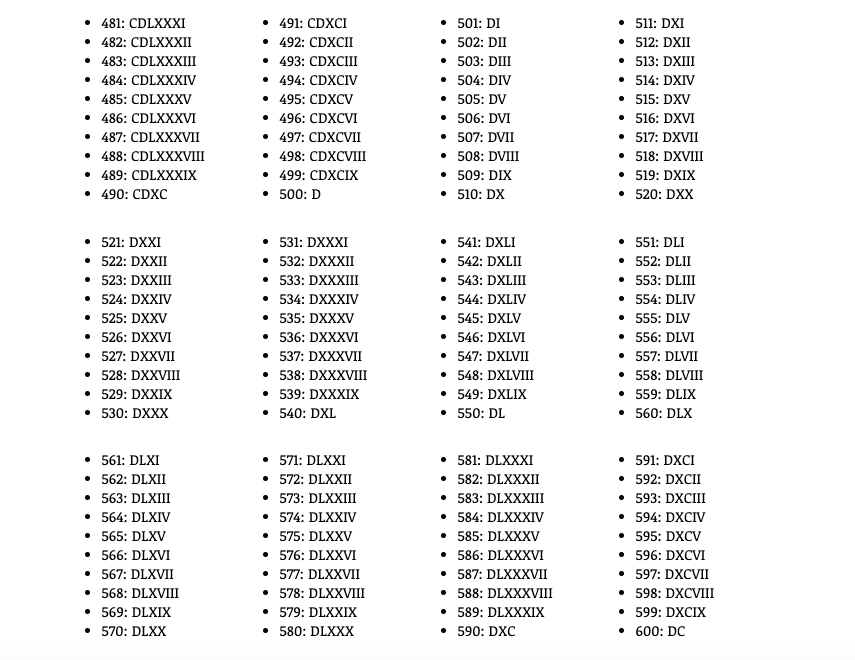 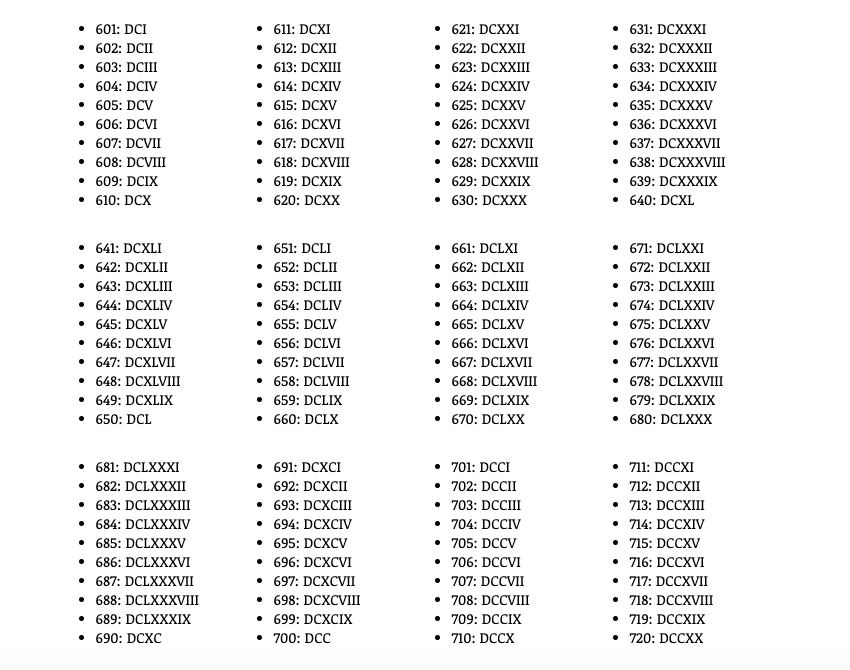 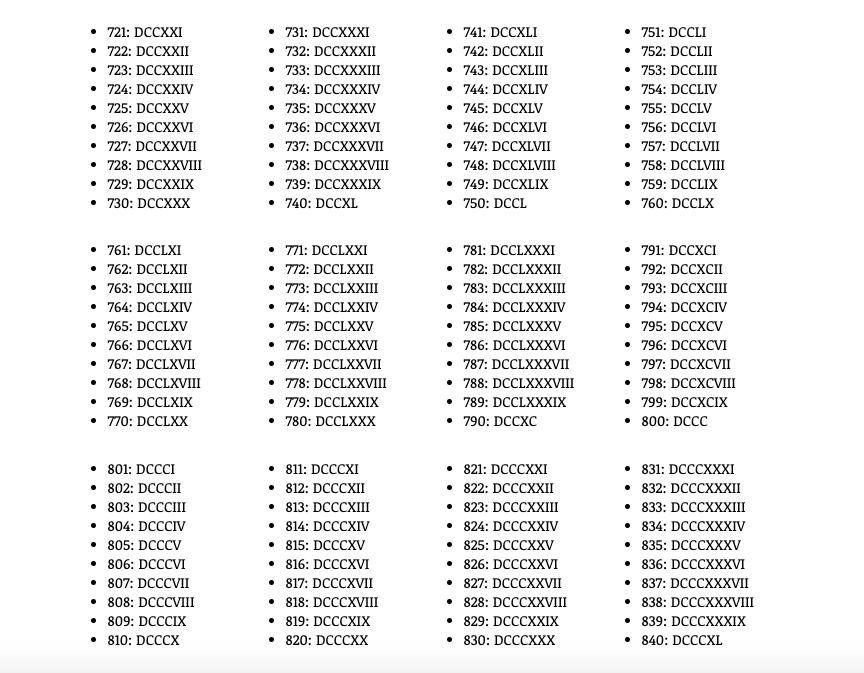 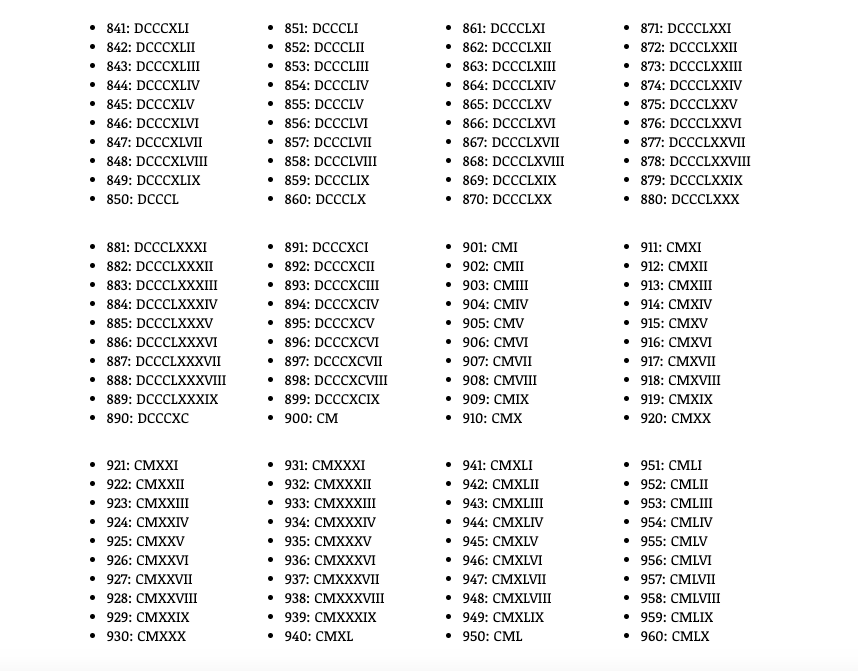 They are often situated from left to right and it is the orders of the numbers or the numerals which determines if you would need to subtract or add the values. You would also need to know about how you can add or subtract Roman Numbers. Usually, children do not find them easy to write or read and it takes regular practice and learning sessions to remember Roman Numerals. It is also important to know how to use them and when to use them. One of the most basic and rules for adding Roman Numerals is the fact that you must utilize the biggest Roman Numeral possible at each stage. It can also be observed that numbers always go from left to right in decreasing order.

So, students can have a look at all the table charts starting from the number 1 going till the number 1000. All these table charts are presented in colorful and tabulated forms that make them more attractive and interesting for the students to learn. These Roman Numeral tables are then taken forward to solve various problems throughout schooling. So, now that you know all about the Roman Numeral table charts it is important to learn them in an effective and right manner.

Mathematics is one of the most important and the practical subject, which is assimilated into the educational syllabus of the kids right from their very early classes, so that with the period of time the kids can get going with the subject. 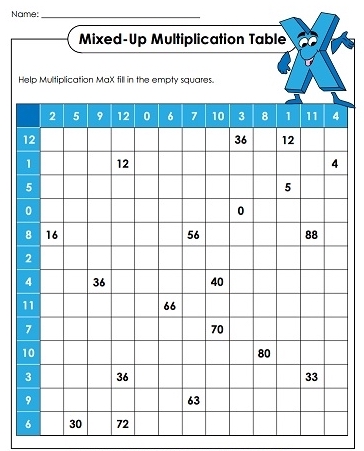 What is multiplication table worksheet? 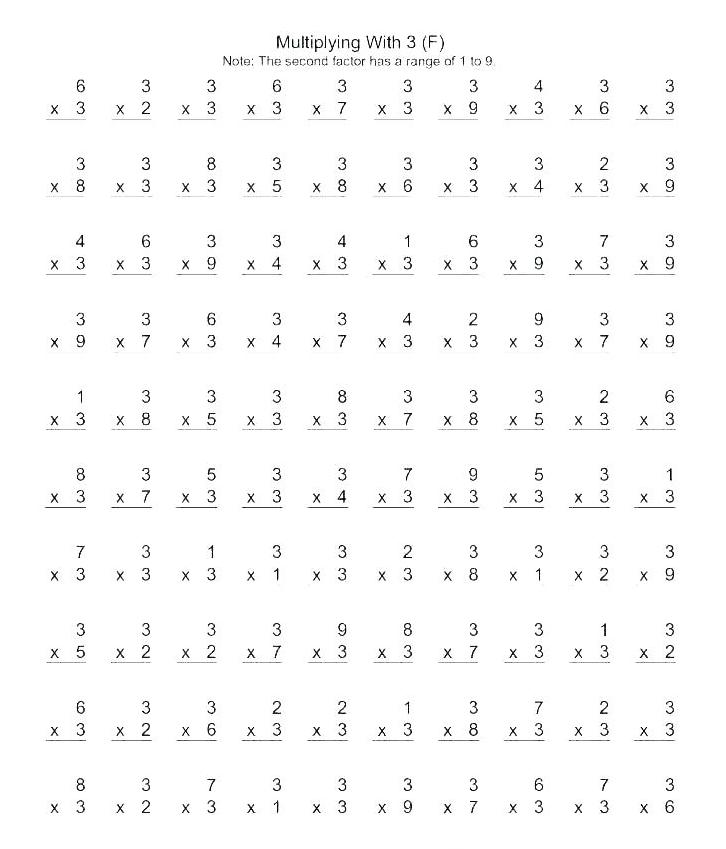 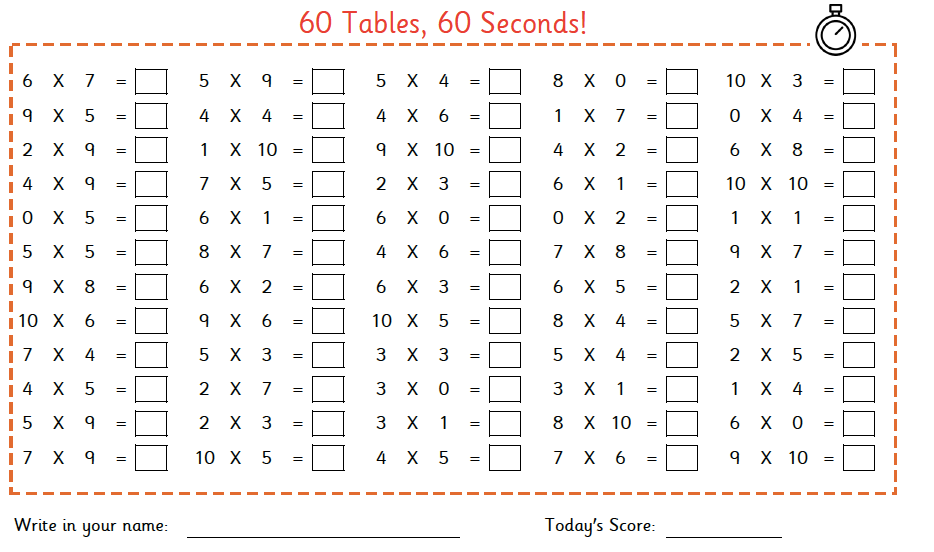 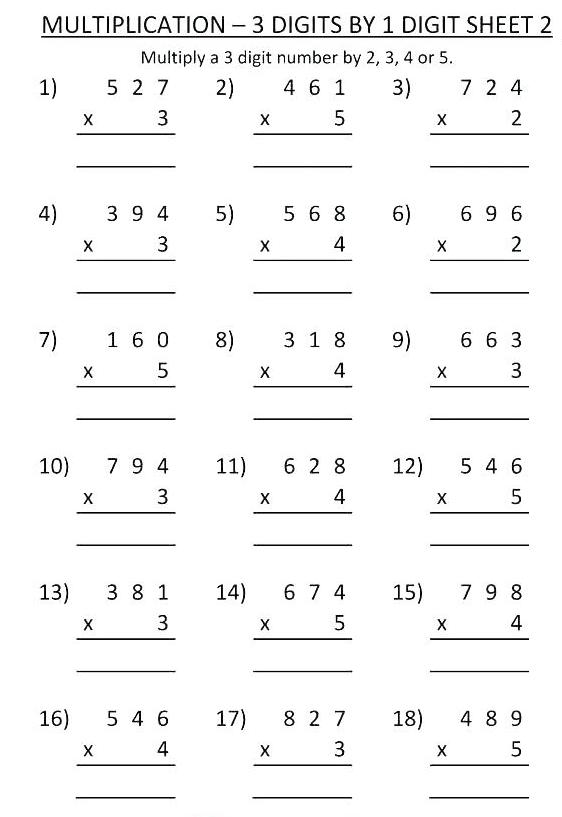 Using this worksheet the kids can learn and practice their multiplication table in their daily routine of the class and for the examination purpose as well with an utmost ease. Moreover the table worksheet is also suitable for the mature working people. 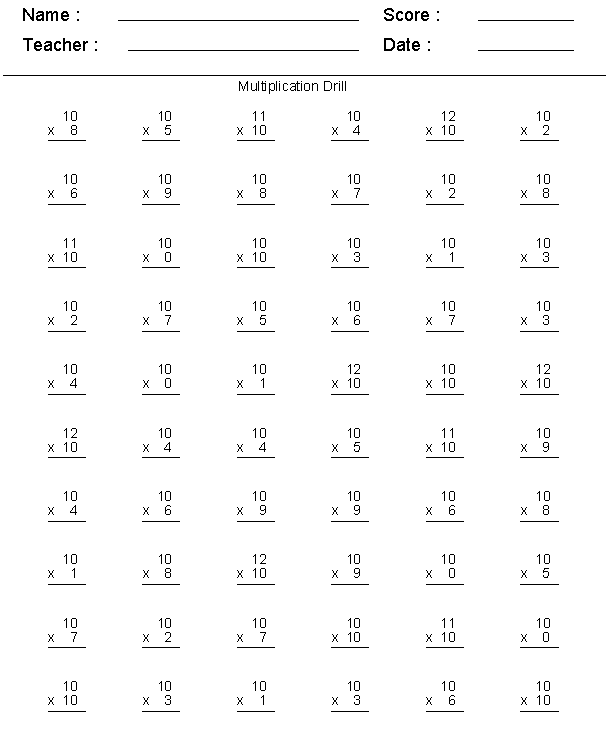 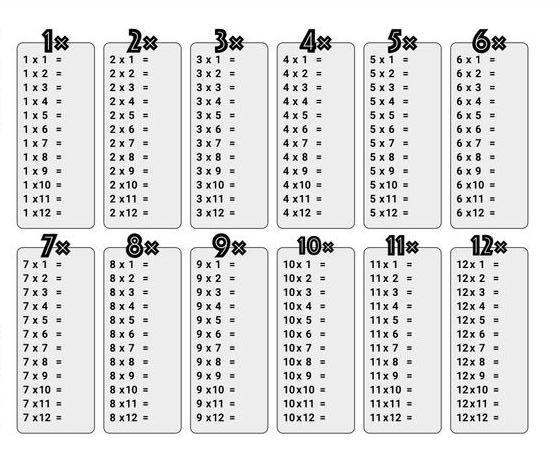